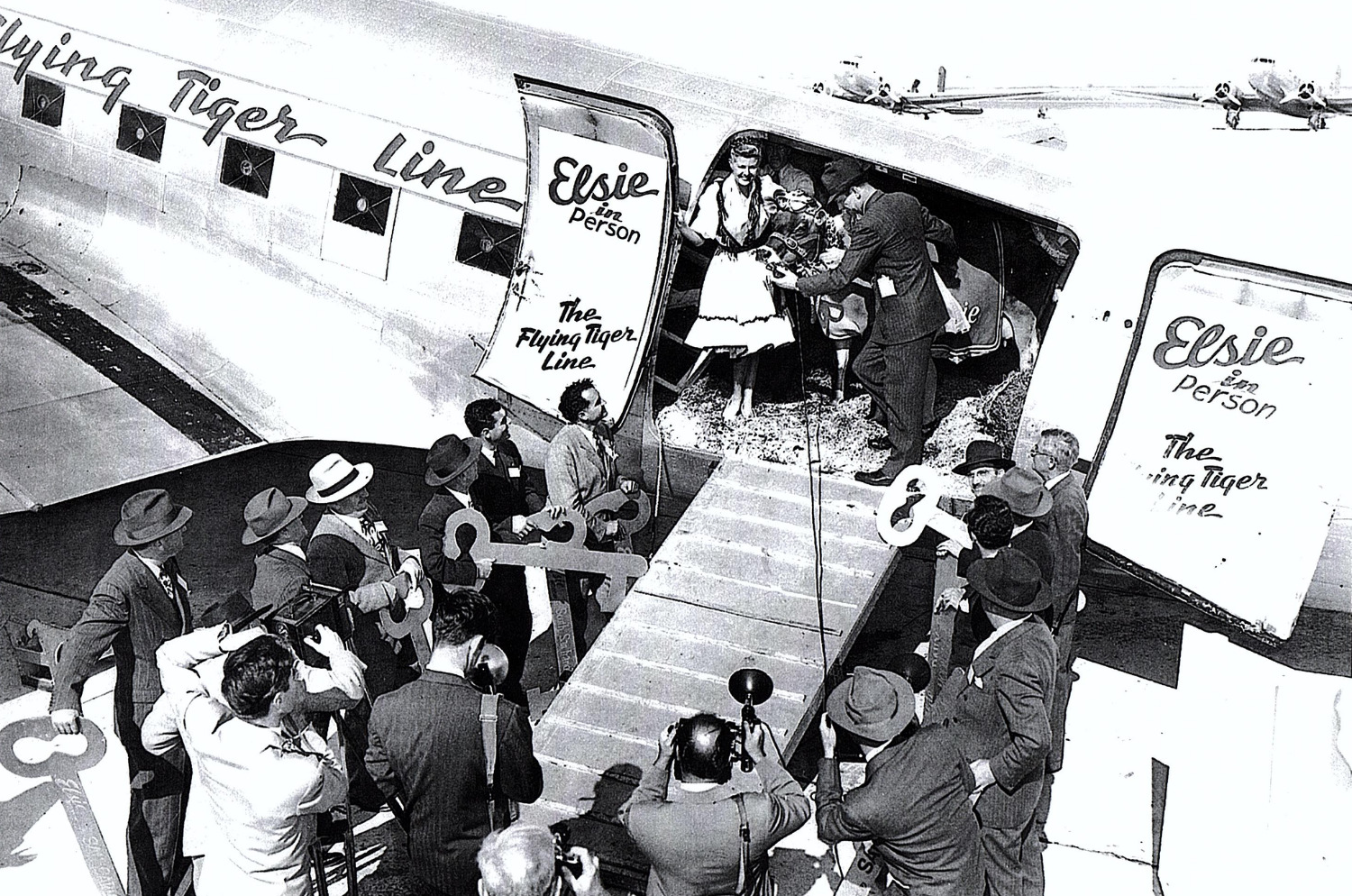 How A Cow Became A Cultural Phenomenon

After Elsie became the world’s most famous spokescow, she was in high demand. Read to learn now she became an iconic part of American culture.

Little Men is a children’s novel by American author Louisa May Alcott (1832–1888). First published in 1871, the book reprises characters from her 1869 two-volume novel Little Women, and acts as the second installment in an unofficial Little Women trilogy.

The popular book was made into a film in 1940, and told the story of con man Major Burdle. After reluctantly agreeing to take care of young Danny, the son of a dear departed friend, the major teaches the boy his snake oil salesman tricks of the trade, until the school board demands that Danny be enrolled in school. The major takes Danny to Plumfield school for boys, and learns the school needs $5,000 to fend off the bank’s threat of foreclosure. The school entrusts the major to invest all of its savings, and the major loses everything. All ends happily, however, as Plumfield is saved by Willie the Fox, the major’s escaped bank robber friend, who turns himself in for a $5,000 reward, which he presents to the school.

The film did poorly, recording a loss of $214,000, which is about $4 million in today’s dollars. However, the film marked the acting debut of Elsie the Cow! Elsie played Buttercup, an incorrigible cow owned by Plumfield that eats everything in sight. The kids were especially displeased with the way her milk tasted after she ate all of the school’s onions! Elsie even had some speaking parts, or mooing parts to be more precise, with a lovelorn bull.

It’s a testament to Elsie’s popularity that she was featured prominently on the movie posters. It just goes to show, even show business knows Elsie is America’s favorite spokescow!

America – The land of milk and Elsie!

Freedomland U.S.A. was a theme park dedicated to American history. It was located in the northeastern part of the Bronx, New York City, and operated from 1960 to 1964.

Freedomland was created by C. V. Wood, a Texan who had worked in the planning, construction, and management of Disneyland, which opened in Anaheim, California, in 1955. After Disneyland’s opening, Wood had a falling out with the Disney brothers, and he was ousted from Disneyland management. Wood devised plans for an American-history theme park in a more historically accurate version of the Disneyland layout, with four distinct areas: Adventureland, Tomorrowland, Fantasyland, and Frontierland.

One of the featured exhibits at Freedomland was the “The Great Plains,” which focused on American history out west from 1800–1900. Two of the exhibits’ most popular attractions were Borden’s Farm, a working farm exhibit that included cows, horses, sheep, pigs, poultry, corn and hay. The other must see attraction was Borden’s Barn Boudoir, which displayed a fully furnished apartment for Borden’s beloved mascot, Elsie the Cow, as well as her cute calves.

Freedomland only lasted four years, in large part because of its short operating season due to New York’s climate (Disneyland could be open year round). Nevertheless, Freedomland attracted around 1.5 millions visitors each year it was open, many of whom wanted to get a glimpse of the home of the country’s most famous cow!

Elsie turns the Thanksgiving Day Parade into a stampede!

Elsie made her Macy’s Thanksgiving Day Parade debut in 1963. The parade balloon, made by Bliss Displays, featured a 12-foot paper-mache Elsie riding a trapeze attached to a 27-foot balloon. The balloon itself had flowers forming circles with the message “See You at the Fair, Elsie.”

Borden was one of the main sponsors of the 1964 New York World’s Fair. A live cow representing Elsie appeared on stage at the Borden’s exhibit, and there was even an Elsie musical revue with a score by a famous Broadway composer! After the fair ended in 1965, the message on Elsie’s Thanksgiving Day Parade balloon was changed to various Christmas greetings.

Elsie retired from the parade in 1967 after making 5 appearances, and the figure of Elsie the Cow was given to Borden. The balloon above Elsie has been recycled for various other parade balloons, being transformed into Smile (1971), Alvin and the Chipmunks (1986), and Babar the Elephant (1991).

Once again, Elsie rises above all other brand mascots!