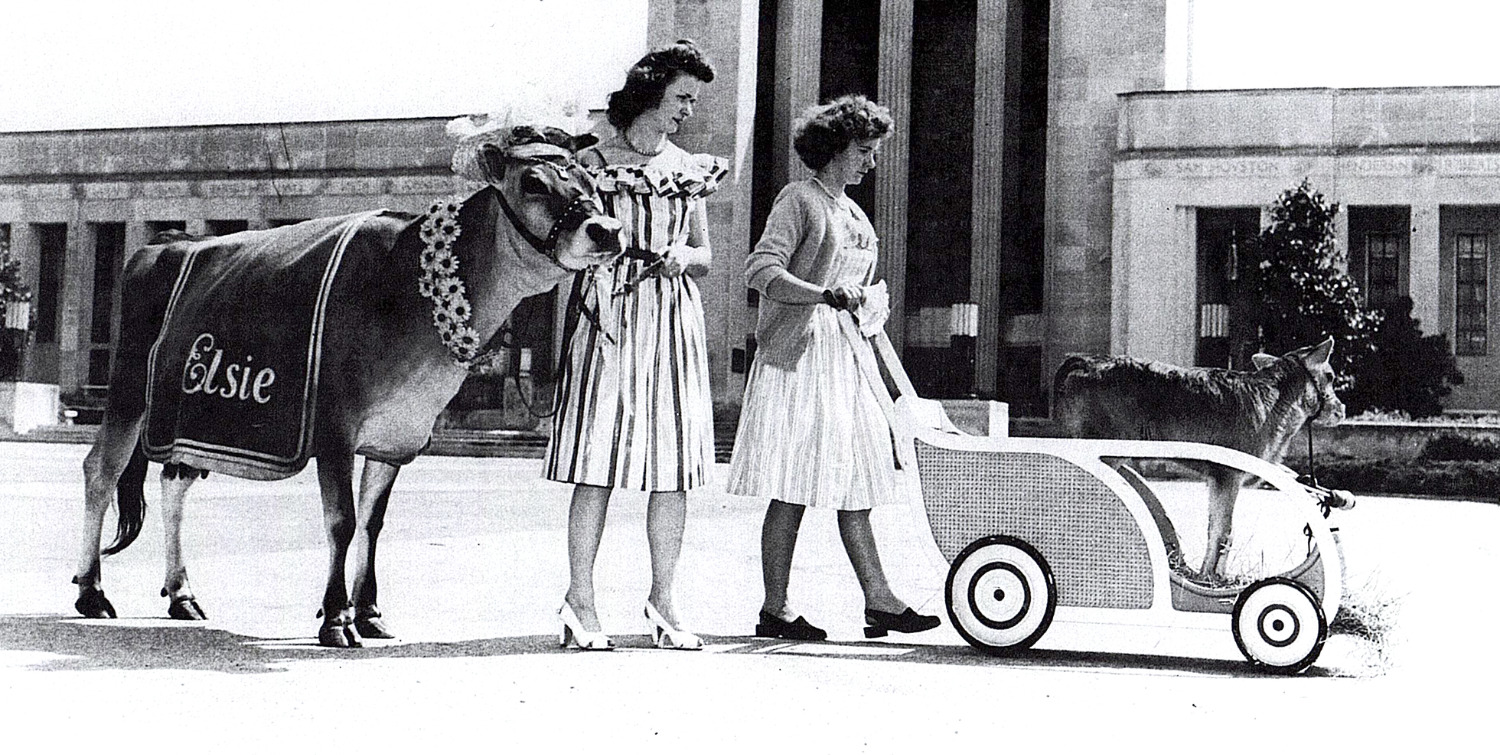 How the World’s Most Famous Spokescow Got Her Start

Named one of the Top 10 Advertising Icons of the 20th Century by Ad Age in 2000, Elsie the Cow is one of America’s most recognizable brand mascots.

In the 1930s, the dairy industry saw publicized price wars between farmers and dairy processors that caused larger dairies to be portrayed unfavorably. The cartoon Elsie was created by Borden’s advertising agency in 1936 to help make the brand more friendly and approachable to the public. The company first started advertising in medical journals, which featured a variety of cartoon cows with several different names, including Mrs. Blossom, Bessie, Clara and Elsie. A typical ad showed a cow and calf talking in a milk barn.

Doctors loved the ads and inundated the company with requests for reprints to hang in their office waiting rooms. While the medical campaign continued, Borden tested the ads in a few New York newspapers. In 1938, Borden was sponsoring network news commentator Rush Hughes. A radio copywriter who was intrigued by the medical journal ads prepared a commercial that delighted Hughes, so he read it himself on air. It made reference to the following letter:

“Dear Mama: I’m so excited I can hardly chew. We girls are sending our milk to Borden’s now! Love, Elsie.”

The commercial amused Hughes’ listeners, and fan mail began pouring in addressed not to him but to Elsie. Elsie became the spokescow for Borden forever after.

Then, the birth of the live Elsie occurred at the 1939 World’s Fair. At this point in time, Elsie had already appeared in national consumer magazines and on the Borden bottle cap. As the company was preparing for an exhibit at the World’s Fair, it planned for Elsie to be a part of the exhibit but not the focal point. Borden would debut a scientifically important “rotolactor,” a futuristic merry-go-round milking machine with live cows on top. There were 150 Jersey cows sent to the fair to participate in the rotolactor. Seven hostesses were trained to answer every scientific question about the rotolactor and keep logs of the questions most often asked. At the first month’s end, the tally was: 20 percent about the rotolactor; 20 percent about the location of the restrooms; 60 percent about which of the 150 cows was Elsie.

Elsie’s popularity was overwhelmingly evident, and Borden decided it needed to produce a real Elsie. One cow stood out from the others – she seemed to make eye contact and have a real personality. That cow was a seven-year-old that had been born in Brookfield, Massachusetts with the original name “You’ll Do Lobelia.” For the rest of the season, this cow, dressed in an embroidered green blanket, was put alone on the rotolactor twice a day for everyone to see – and millions did.

After Elsie’s debut at the 1939 New York World’s Fair, she traveled by private railroad car to Hollywood in 1940 to play Buttercup in the film “Little Men.” During her trip to California, Elsie gave birth to her first calf, Beulah. Mother and daughter returned to New York together for the final summer of the World’s Fair.

Around the time she was due for her second calf, Elsie was making a guest appearance at Macy’s, so the store put up temporary drapes in the windows where the world’s most famous cow was the main attraction. The calf was born safely and discreetly, away from public view.

A contest was held to name the new baby bull. One million entries were received and ultimately the judges picked “Beauregard” in honor of General P.G.T. Beauregard from the Battle of Bull Run. Twins Larabee and Lobelia joined the family in 1957.

Elsie has appeared at numerous public events, in movies, magazines and more. During the 1940 season, Elsie outdrew in attendance every other World’s Fair exhibit. In the 40s, she made personal appearance tours that helped sell $10 million in U.S. War Bonds, prompting a thank-you note from the Secretary of Treasury.

Elsie has been bestowed honorary university degrees as Doctor of Bovinity, Doctor of Human Kindness, and Doctor of Ecownomics. In Wisconsin, home of the Dairy Princess, Elsie was named Queen of Dairyland. The Seneca people named her an honorary chief, and the City of Bridgeport, Connecticut presented her with their P. T. Barnum Award of Showmanship.