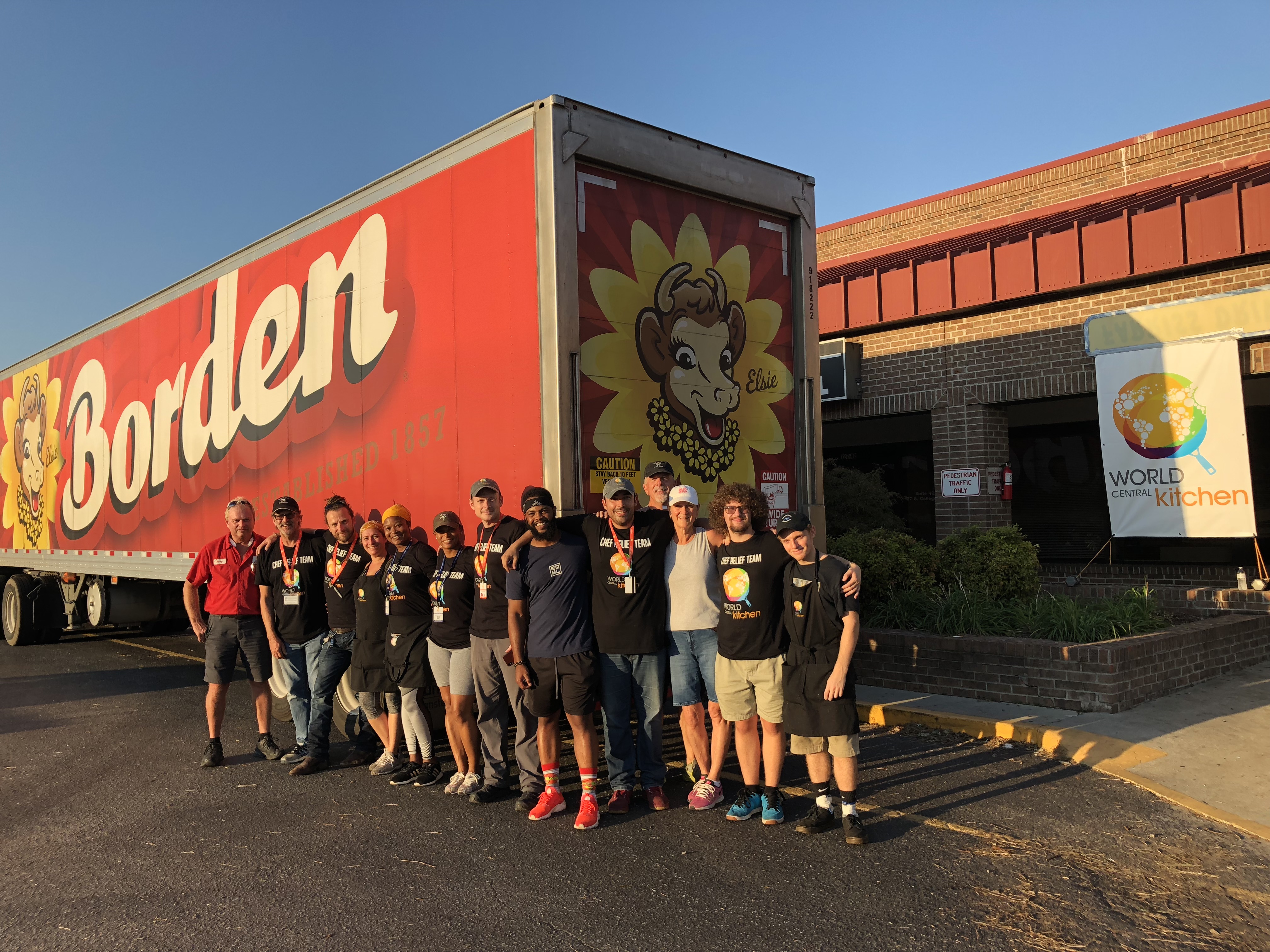 The Food Bank of Central & Eastern North Carolina and World Central Kitchen are helping Borden distribute pints and quarts of whole, 2 percent and chocolate milk to North Carolina residents displaced by the hurricane

DALLAS – Sept. 20, 2018 – Borden, a heritage American brand and leading U.S. dairy processer and distributor, teamed up with the Food Bank of Central & Eastern North Carolina and World Central Kitchen to distribute 45,000 individual servings of whole, 2 percent and chocolate milk to those affected by Hurricane Florence. The milk was processed and packaged in Borden’s London, Ky. plant last Friday as a special order for hurricane relief. In order to ensure maximum freshness, Borden transported and stored the milk on one of its state-of-the-art refrigerated trucks.

“Caring for our communities is at the heart of our values and history as a company,” said Borden CEO Tony Sarsam. “Borden is incredibly thankful that we were in a position to provide aid, and our thoughts are with the first responders and those who were displaced from their homes and routines this past week as a result of Hurricane Florence.”

Borden’s plant in North Charleston, S.C., which employs nearly 170 people, closed Sept. 11 in conjunction with the state’s mandatory evacuation order. It reopened on the morning of Sept. 16. As a result of the temporary closure, Borden shifted production across its network of 12 other plant locations to prevent any customer disruptions and to specially produce additional milk for its donation to the Food Bank of Central & Eastern North Carolina and World Central Kitchen. World Central Kitchen distributed the milk among evacuee shelters and centers serving the local communities in Wilmington and surrounding counties.

To donate to people affected by Hurricane Florence via the the Food Bank of Central & Eastern North Carolina, visit foodbankcenc.org/florence. To donate to World Central Kitchen, visit  worldcentralkitchen.org/donate.