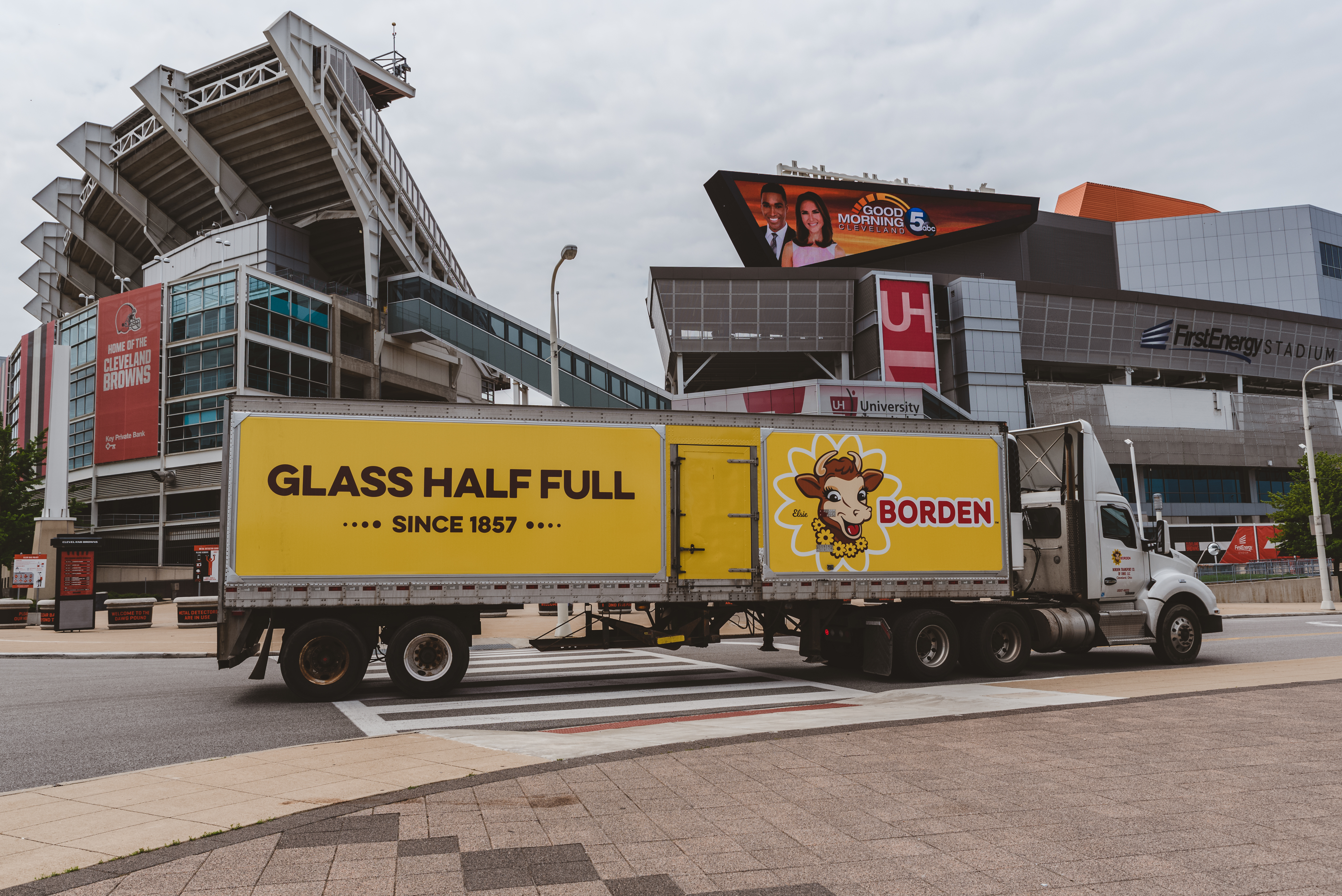 Elsie’s back in the great Buckeye state with joy, optimism and a whole line of products

DALLAS – June 26, 2019 – Borden, an iconic dairy brand since 1857, is proud to announce its triumphant return to Ohio after a 24-year absence in the market. All of Borden’s classic white milks and delicious flavored drinks are now available at retailers across the state. Other Borden products will be available later this year.

Borden has a rich history in Ohio and was once headquartered in Columbus. Borden left the state after a change of ownership in 1995 and reappeared in Ohio schools this past year, nourishing students with more than 44 million servings of Borden milk. Although Borden products have not been sold in the area for more than two decades, results from a Cooper Roberts Research survey indicate that more than 80 percent of consumers are still aware of the Borden brand.

As Borden reemerges with new leadership and an optimistic vision to bring its nutritious and delicious dairy products to more families, Ohio became an important part of the company’s expansion strategy.

“Ohio played a significant role in Borden’s history, so we are overjoyed to return and receive such incredible support from the community,” said Chief Executive Officer Tony Sarsam. “We look forward to winning Ohioans back with our tasty and wholesome products.”

Ohio residents are likely to recognize Borden’s beloved Elsie the Cow, one of America’s best-known brand mascots. First introduced by Borden in 1936, Elsie was named one of the top 10 advertising icons of the 20th century by AdAge. Elsie, who also happens to have an updated look, can be seen across the company’s marketing channels and is now featured on product packaging in dairy aisles throughout Ohio and the southeastern U.S. Additionally, Ohioans will soon be able to spot Elsie on local television ads, truck wraps, in-store displays, mailed coupons and at events including the Ohio State Fair and the Rite Aid Cleveland Marathon.